Sharifullin Rafind Fuatovich (February 1, 1950) – Archaeologist, Expert in the Archaeology of the Middle Volga Region. He graduated from the History Faculty of the Kazan State University, graduate school of the G. Ibragimov Institute of Language, Literature and Art of the Kazan Branch of the USSR Academy of Sciences with a specialty in Archaeology.

Research Interests: medieval archaeology of the Middle Volga region, construction and architecture of the urban centers of Volga Bolgaria on the basis of archaeological study results. He has written over 60 articles and publications dedicated to the studied topic. Since 1969, he annually participates in the activities of archaeological expeditions at various sites (Bilyar and Nizhnekamsk expeditions, Tetyushsky burial ground, Bolgar expedition and Suvar settlement, the Kazan Kremlin). In 1980, he became a member of the Bolgar archaeological expedition, and headed it from 1988 to 2010. He is one of the authors and the editor of the multivolume series “Bolgar Town”. 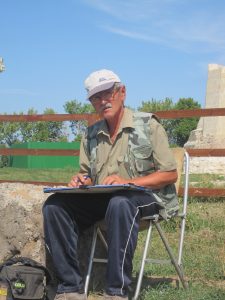