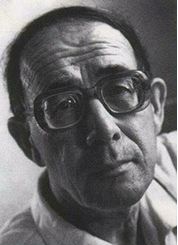 Alfred Khasanovich Khalikov (May 30, 1929 – July 24, 1994) – Soviet and Russian historian and archaeologist, author of numerous works on the history of the Tatar people, Professor, Doctor of Historical Sciences, Corresponding Member of the Tatarstan Academy of Sciences, and founder of the Archaeological School. In 1947, after graduating from a secondary school in Kazan, he entered the Faculty of History and Philology of the Kazan State University, from which he graduated with honors in 1952. As a student, in 1951 he started work at the Institute of Language, Literature and History of the Kazan Branch of the USSR Academy of Sciences, where he made a career from a laboratorian to a Candidate and Doctor of Sciences and headed the Department of Archaeology for over 30 years. Since the 1960s he worked at Kazan University, where he gave lectures on the general course of archaeology and a special course “Ethnogenesis of the Peoples of the Middle Volga and Ural Regions”, supervised term theses and diploma works, and headed a student archaeological circle. A.Kh. Khalikov was the first to supervise large-scale studies of the largest Bolgar monument – Bilyar settlement (1967) and (together with V.F. Gening) burial mounds of the Early Bolgar period (1959–1960), and established a concept of Bolgar-Tatar ethnogenesis.

He is the author of over 200 scientific publications. His memory is commemorated by “Khalikov Readings”. A.Kh. Khalikov also gave his name to the Institute of Archaeology of the Tatarstan Academy of Sciences. 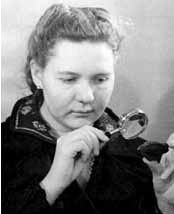 Elena Alexandrovna Khalikova (Bezukhova) (August 28, 1930 – June 24, 1977) – Soviet archaeologist and museum worker. After graduating from the Department of History of the Gorky State University in 1953, she became a research associate at Gorky Regional Museum of Local History. In 1960–1968 E.A. Khalikova was a research associate at the State Museum of the Tatar ASSR, and then gave lectures on archaeology at the Department of History of the USSR at the Faculty of History of the Kazan University (1968–1976), and headed the Archaeology Division at the Department, combining this position with giving lectures and practical classes on archaeology at the Department of History of the Kazan Pedagogical Institute. Candidate’s Thesis: “Muslim Burial Mounds of Volga Bolgaria of 10th – early 13th Centuries as a Historical Source” (1976). She studied the funerary rite of the Volga Bolgars and the Ugric (Hungarian) antiquities in the Volga-Kama Region. E.A. Khalikova was the first to identify the features of the Bolgar Muslim rites of the pre-Mongol period, advanced a hypothesis on the “Magna Hungaria” in the Volga-Kama Region prior the period of “Conquest of the Homeland” by the Hungarians in Pannonia, substantiating it with materials from the archaeological sites which she personally studied.

She is the author of over 50 scientific publications. 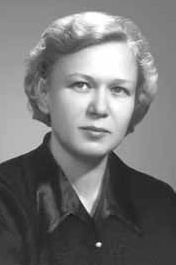 Tamara Alexandrovna Khlebnikova (May 22, 1928 – July 17, 2001) – Soviet archaeologist, Candidate of Historical Sciences, Laureate of the State Prize of the Republic of Tatarstan (1994), leading specialist in Bolgar ceramics. After graduating from the university in 1952, she entered a postgraduate school with the speciality of “Archaeology” at the State Historical Museum (Moscow). Her academic supervisor was A.P. Smirnov. Candidate’s Thesis: “The Main Production of the Volga Bolgars” (1964). In 1957–1986 – Senior Research Associate at the Institute of Language, Literature and History of the Kazan Branch of the USSR Academy of Sciences. In 1995–2001 – Research Adviser of the Archaeological Expedition for the study of the Kazan Kremlin. As Head of the Tatar Archaeological Expedition, she conducted surveys and excavations at a number of sites in the Alexeyevsky, Chistopolsky and Spassky (Kuibyshevsky) Districts of the TASSR in 1960–1974. In the 1980s – Head of the Bolgar group of the Volga Region Archaeological Expedition. T.A. Khlebnikov developed a typology of Bolgar pottery and an ethnocultural interpretation of the traditional (moulded and wheel processed) ceramics of the Volga Bolgars, subdividing them into ethnocultural groups. Of particular importance is her Bolgar jewelry research.

She is the author of over 90 scientific works. 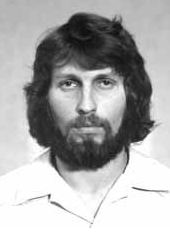 Vladimir Nikolaevich Markov (November 29, 1952 – July 25, 2005) – Russian archaeologist and museum worker. V.N. Markov started work at the State Museum of the TASSR in 1979. Since 1985 – Research Associate at the Institute of Language, Literature and History named after G. Ibragimov of the Kazan Branch of the USSR Academy of Sciences. V.N. Markov defended a Candidate’s Thesis “The Lower Kama Region in the Ananyino Period (On Ethnocultural Components of the Ananyino Community)” (1988) at the Leningrad branch of the Institute in 1988. He specialized in the Early Iron Age. V.N. Markov studied the ancient settlement “Gremyachiy Klyuch” and other archaeological sites in the Republic of Tatarstan. 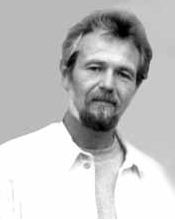 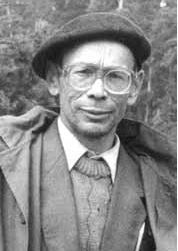 Rustem Sultanovich Gabyashev (May 10, 1941 – January 2, 2010) – Soviet and Russian archaeologist, Candidate of Historical Sciences, researcher of the history of the population of the Volga and Ural Regions in the 6th – 3rd Millennia B.C., Laureate of the State Prize of Tatarstan (1994). Candidate’s Thesis: “The Neolithic of the Lower Kama Region” (1978). One of the leading experts of the Stone Age who made a significant contribution to the primeval archaeology of the Middle Volga Region. As an experienced surveyor and field researcher, he was characterized by the originality of his vision of the historical development of the ancient population of the Volga-Kama Region. His studies, notable for their ingenuity and fundamentally new theoretical constructs initially appeared unusual and perplexed fellow researchers, or even raised sharp criticism by senior colleagues. Time has proven that he was right in many ways. 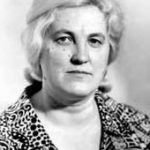 Aida Grigorievna Petrenko (September 16, 1933 – January 27, 2010) – Soviet and Russian archaeozoologist, Doctor of Biological Sciences. In 1951 she entered the Faculty of Geology of the Kazan University, which she graduated from in 1956. In 1958–1962 she worked as a laboratorian at the Department of General Geology at the Kazan University. In 1962-1965 she studied at the postgraduate school of the zoology laboratory at the Biological Institute of the Kazan Branch of the USSR Academy of Sciences. From 1966 to 1974 she was a Junior Research Associate at the Department of Archaeology and Ethnography of the Institute of Language, History and Literature named after G. Ibragimov of the Kazan Branch of the USSR Academy of Sciences. In 1974–1986 – Senior Research Associate, since 1986 – Leading Research Associate of the Archaeology Department at the Institute of Language, Literature and History of the Kazan Branch of the USSR Academy of Sciences (since 1991 – Kazan Scientific Center of the Russian Academy of Sciences), presently National Center for Archaeological Studies of the Tatarstan Academy of Sciences. Theses: Candidate’s – “On the History of Domestic Animals of the Ancient Population of the Volga-Kama Region (on the Basis of Osteological Material from Archaeological Sites)” (1968); Doctoral – “The Morphology of the Skeleton Bones of Farm Animals in Connection with the Development of Cattle Breeding in the Middle Volga and Ural Regions for the Period from 5th Millennium B.C. until the middle of the 2nd Millennium A.D.” (1985).

He is the author of over 100 scientific works, including 4 monographs. 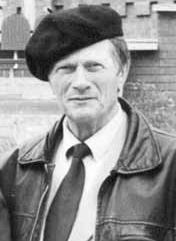 He is the author of over 100 scientific publications. 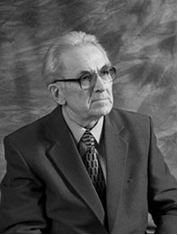 Ravil Gabdrakhmanovich Fakhrutdinov (March 14, 1937 – March 10, 2014) – Doctor of Historical Sciences, archaeologist, historian, writer, Leading Research Associate of the Institute of History of the Tatarstan Academy of Sciences, specialist in the archaeology and history of the Volga Bolgars, the Golden Horde and Kazan Khanate. He surveyed the basins of 12 rivers and streams of the Middle Volga Region during the 12 field seasons of 1959–1971. He traveled more than 5,000 km on foot and over 8,000 km by car. During his work he surveyed about 625 settlements located in the vicinity of archaeological sites. He recorded a total of 1855 archaeological sites of the Volga Bolgars, including 159 settlements, 3 ramparts, 873 villages, 53 burial grounds with ancient tombstones, and 122 individual findings from the Bolgar period. Candidate’s Thesis: “The Territory of Volga-Kama Bolgaria in the Pre-Mongol and Golden Horde Periods (on the Basis of Archaeological and Written Sources)” (1968); Doctoral Thesis: “Volga Bolgaria in the 10th-14th Centuries. (Historical and Archaeological Research)” (1990). R.G. Fakhrutdinov studied the issues of nomadism and the culture of medieval towns. He paid special attention to the archaeology and medieval history of the Tatar people and Tatarstan, developed the problems of ethnogenesis and the ethnopolitical history of the Tatars, and the history of the statehood of the Tatar people in a broad aspect of political, economic and ethnocultural relations with other peoples and states of Eurasia.

He compiled materials on all Bolgar-Tatar archaeological sites, which became a framework for the study the historical topography of Volga Bolgaria and the Bolgar Ulus of the Golden Horde and Kazan Khanate, established a classification of Bolgar settlements, developed a method of integrated historical and archaeological research, and revealed the features of medieval archaeological monuments of the Trans-Kazan region.

He is the author of 30 books, of which 13 are co-authored. The total circulation of his books is over 650,000 copies; overall, he published more than 270 works of various genres, including a school textbook on the history of Tatarstan.