In 1987, he defended a Candidate’s Thesis “Bilyar Settlement: Stratigraphy, Chronology” at the Leningrad Branch of the Institute of Archaeology of the USSR Academy of Sciences, and in 2002 – a Doctoral Thesis “Bolgar Town in the 10th – Early 13th cc.”

In 1974-1988, he worked as Deputy Head, and in 1989-1994 – Head of Bilyar Archaeological Expedition of the G. Ibragimov Institute of Language, Literature and Art of the Kazan Branch of the USSR Academy of Sciences and Kazan State University, and in 1994-2005 – Head of the “Kazan Kremlin” Archaeological Expedition of the Institute of History of the Tatarstan Academy of Sciences. He conducted archaeological excavations at Bilyar, Suvar, Juketaw and Chally settlements, and in the Kazan Kremlin.

He is the author of over 750 scientific and popular scientific publications, including approximately 30 books, monographs and study guides for secondary schools and universities.

Deputy Chairman of the Dissertation Council; Member of the Scientific Council of the Institute of Archaeology named after A.Kh. Khalikov of the Tatarstan Academy of Sciences, National Museum of the Republic of Tatarstan, Bolgar Historical and Architectural Museum-Reserve. Editor-in-Chief (2012-2016) and deputy editor-in-chief of the magazine “The Volga River Region Archaeology”, member of the editorial board of the journals “Gasyrlar Avazy. Echo of Centuries” and “Tatarica”.

Academic interests: archaeology and history of Volga Bolgaria, the Golden Horde and the Kazan Khanate.

Titles, awards: Honored Scientist of the Republic of Tatarstan (2002), Winner of the State Prize of the Republic of Tatarstan in the field of Science and Technology (1994); medal “For Contribution to the Heritage of the Peoples of Russia” of the Russian Union of Historic Cities (2002), medal “In Memory of the 1000th Anniversary of Kazan” (2005), Badge of Merit “For Labor and Valor for the Good of Kazan” (2010).

RFBR Grant of 2017 – manager of the project 17-46-161007 All-Russian Scientific and Practical Conference “7th Khalikov Readings “Medieval Archaeological Monuments of the Volga Region and the Urals: Problems of Research, Conservation and Museification” dedicated to the 50th Anniversary of Bilyar Archaeological Expedition. 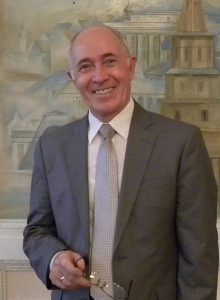