She familiarized with archaeology during practical training at the 3rd course in 2014 as part of Sviyazhsk expedition under the supervision of A.S. Starkov.

Since 2015 she has worked for two years on the visualization of logs and structures discoverd in the course of an archaeological expedition at the Island Town of Sviyazhsk, and conducted geodetic surveys (classification, allocation of excavations, relief photography), laboratory data processing (preparation of topographic plans) of archaeological monuments in Kazan, Bolgar, Bilyarsk, the Island Town of Sviyazhsk, and Selitrennoe village in the Astrakhan Region.

Academic Interests: history of studies of archaeological sites of the Republic of Tatarstan 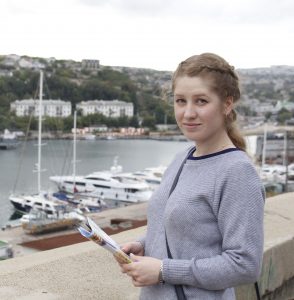