Khudyakov Alexey Viktorovich (January 8, 1974, Kazan, the Republic of Tatarstan) – Archaeologist. He graduated from the Faculty of History of the Kazan State University named after V.I. Ulyanov-Lenin in 2005.

He participated in archaeological studies of Bilyar, Bolgar, Kazan and other site in the territory of the Tatarstan Republic and beyond.

1. Khudyakov A.V. New archaeological sites in the vicinity of Bilyar // Ethnic and state history of the Bolgar people. Abstracts of the Scientific and Practical Conference dedicated to the 70th Anniversary of A.Kh. Khalikov. Kazan, 1999, pp.17-18.

4. Khudyakov A.V. Carved bone ornamentation of Bilyar // Traces of centuries. Proceedings of the All-Russian Scientific Conference “Current issues of the archaeology of the Volga region and the Urals.” Kazan, 2011, pp. 92-94. 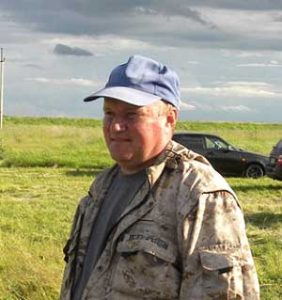