The atlas “Bulgarica. Time and Space of Bolgar Civilization” is a comprehensive scientific cartographic source on the history of Bolgar civilization which originated from the Turkic culture of Central Asia and spread across the territory from the Balkans to the Middle Volga in Eastern Europe in the early Middle Ages. The book features the first detailed narration of the history of Bolgar migrations after the collapse of their ancient state of Great Bolgaria in the Cis-Azov region, which resulted in the formation of the Bolgar Kingdom in the Balkans and Volga Bolgaria. Particular attention is paid to the contacts of the Bolgars with the neighbouring peoples and cultures (Turks, Finno-Ugric peoples and Slavs), characteristics of the material and spiritual culture of Volga Bolgaria, one of the largest states in Eastern Europe in the 10th-13th centuries, and the history and culture of the Bolgar kingdom in the Balkans. The Atlas explains the role and significance of Bolgar heritage in the culture of the modern Tatar and Chuvash peoples, and the ancient and modern cultural and historical relations of the descendants of two branches of the Bolgar nationality - the Danube and the Volga Bolgars.

The book contains over 100 historical maps, plans and diagrams reflecting the spatial history of the Bolgar civilization. The illustrations feature historical reconstructions by the leading experts, photographs of the sites and structures from the excavations of the monuments of Central Asia, Crimea, the Caucasus, the Cis-Azov region, the Balkans and the Volga region.

The publication is intended for specialists, as well as a wide range of readers. 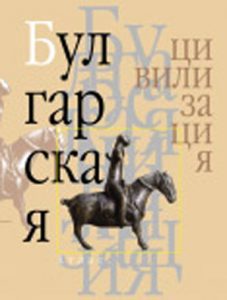