The second volume on the “Archaeology of the Volga-Urals” considers the Eneolithic and Bronze Age of the region. This early metal period, which began with the first attempts to develop copper metallurgy in the 5th millennium BC, resulted in the appearance of the first metal products in the Volga-Urals, but did not displace stone tools from use. Communities emerged in the south of the region, which transitioned from appropriating to producing economy, and cattle breeding appeared. The spread of bronze, a copper alloy with arsenic, tin and other metals, began in the region in the 3rd millennium BC. The source of metals was local copper and imported copper and tin deposits. The absence of tin deposits in the region accounted for the fact that until the end of the Bronze Age, copper and stone products were widely used along with bronze tools. Together with the increase in the variety of metal products, the area of the manufacturing economy also expanded, household cattle breeding spread to the forest-steppe, the broad-leaved forest zone, and the subtaiga landscape zone. 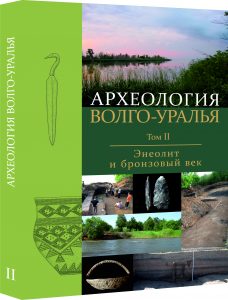