Sadriev Nail Ravilevich (February 19, 1990, Kazan, TASSR) – Research Associate at the Museum of Archaeology of the Institute of Archaeology named after A.Kh. Khalikov of the Tatarstan Academy of Sciences. In 2012, he graduated from Kazan (Volga Region) Federal University with a qualification of a teacher of history with a speciality in history. In the same year he entered the postgraduate school of the Institute of History named after Sh. Mardzhani with a specialty of archaeology. In 2015, he completed the study program under the supervision of A.G. Sitdikov. 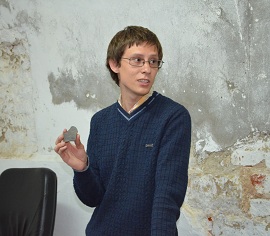