Since 1977, Iskander Lerunovich has participated in various archaeological expeditions in the Middle Volga region, conducted archaeological excavations of medieval monuments (Bilyar and Zolotaryovskoye settlements, Bolshetigansky and Armievsky burial grounds, salvage activities under the Kazanmetro program in Kazan, and others. Of particular social significance were the studies of the condition of Tatarstan archaeological monuments carried out with his participation and under his supervision in 1988-1993 in the impact area of Kuibyshev and Nizhnekamsk reservoirs, as well as at the sites of Kazan and Pre-Volga regions (Bogdashkinsky and Kamayevsky settlements, Starokuibyshevsky complex of monuments, and others). He is one of the leading specialists in the interdisciplinary study of the ethnogenesis and ethnic history of the Tatar people and their ancestors, study of the military archaeology and military history of the medieval states of Eurasia.

State Prize of the Republic of Tatarstan in the field of Science and Technology (1994);

Title “Honored Scientist of the Republic of Tatarstan” (1999);

Badge “For Achievements in Culture” of the Ministry of Culture of the Republic of Tatarstan (2010).

Evgeny Petrovich has prepared oevr 60 reports with a total volume of more than 250 author’s sheets, approved by the Field Research Department of the Institute of Archaeology of the Russian Academy of Sciences. He has published about 500 works both in domestic sources and abroad – in Bolgaria, Hungary, Finland and the USA, including 11 monographs. The latter, as a rule, have been prepared on the basis of new material, obtained by the author himself, covering the important stages in the history of the peoples of the Ural-Volga region. 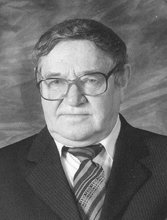