In 2013, under the academic supervision of A.A. Chizhevsky, he defended a thesis “The economy of the Late Bronze Age population of the Volga-Kama Region” at the Institute of History of the Tatarstan Academy of Sciences (Kazan). He is the author of 19 scientific publications and a participant of major scientific conferences, such as the 4th (20th) All-Russian Archaeological Congress, 5th Khalikov Readings, and others.

He participated in archaeological expeditions headed by S.I. Valiulina, M.Sh. Galimova, E.P. Kazakov, A.A. Chizhevsky, and others. He organized and headed the studies of a number of Primeval sites, including Pestrechinskaya IV, Gulyukovskaya I, Berezovogrivskaya I, Kurmanakovskaya IV and Dubovogrivskaya II sites, and Izmersky XVII burial mound.

Academic Interests: primeval archaeology of the Volga-Kama Region, history of the economic development of the region in the late Bronze Age, mining and metallurgy of the ancient population.

Youth Scientific Grant of the Tatarstan Academy of Sciences (2017) “Ancient and Medieval Mountain Copper Ore Centers in the Republic of Tatarstan: Selection Criteria and Research Methods” (Project No. 14-75-xG/2017, supervisor). 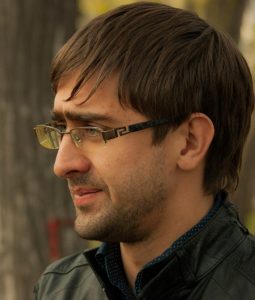